Does China strive for the economic conquest of Poland? Is the Polish business able to use opportunities created by development of China and the great national project of Chinese Belt and Road Initiative.?

Mixed signals flow from Warsaw to Beijing. On the one hand, we have had visits of both heads of the state, the Polish ex- PM, the unequivocal support for the cornerstone of China's global policy, the New Silk Road - the vision which aims, inter alia, to increase the Chinese presence in Europe through the construction of land and sea communication routes.

Couple years ago it was hard to resist the impression that the flagship project of the government - Central Communication Port - is cut to fit into Chinese financing and contracting. The same with some bold investments in the Polish ports and harbours.

On the other hand, besides political declarations, tape-based government agreements and enormous number of business delegations travelling to and fro little is happening in practice. None of these and other infrastructural projects went beyond the stage of politicians' declarations, studies and journalistic polemics. Moreover , there is a little doubt that all intergovernmental project have been frozen as a result of dramatic swift in global policies i.e. Poland no. 1 ally’s new ‘containment strategy’.

It is enough, however to forcefully formulate warnings from some of the influential government circles in Poland on  the threat created allegedly by China not only to Polish economic independence , but also emphasizing the threat to Poland 's sovereignty .

First of all, it must be remembered that from the Chinese perspective, not only Poland, but the entire region of Central and Eastern Europe is of marginal character.

Only after 2011 the formula 16 + 1, ( now 17 +1), countries from Estonia to Macedonia plus China  placed the region on the agenda of Chinese foreign policy at all.  China's approach to the CEE countries  do not necessarily match with the situation with Germany. This country tries to protect producers of its unique technologies from Chinese purchases as it could recently be seen at the case of the leader of the robotics market, taken over by the Midea Fund.

Central and Eastern Europe, including Poland, seen from Beijing appears as a marginal source of   modern technologies, hence this region does not deserve an engagement into major industrial investments. Merely in some cases particular geographic position may be useful.

Beijing should also take under consideration a possibility of rising tension between Poland and China.

The practice brings examples of further risk elements: blind entry into the market - the Covec group participation in the construction of the A2 motorway section, intervention by EU bodies - recently leading to the almost freezing of a major Budapest-Belgrade railway construction project, or a risk of inadequate local management conditions - casus of Liugong buying civil part of the plant in Stalowa Wola.  All these factors are analyzed by experts and undoubtedly slow down the involvement of Chinese capital in Poland.

From the other side, one could see a deep mismatch between Polish expectations and China's actual offers, particularly as far as financial instruments delivered by the Chinese side are concerned. For the Polish business community entering Chinese market seems too troublesome to get out from the protective ‘European cocoon’. Moreover, Poland’s companies being more and more successful in Europe have no ample capital to get into China without a sufficient governmental support.

The key question is: will China, in the next few years, be interested in economic expansion in Poland or vice versa - should Poland see the benefits of building the New Silk Road and seriously set about soliciting more Chinese economic engagements in Poland and the Polish in China?

Then it may turn out that the threat is not a Chinese ‘economic aggression’, but the inability to attract Chinese investments into the region  and replacing the policy of facts with the policy of complaints.

Ms Yu Yang , graduated at Shanghai University of Finance and Economics and University of Illinois. Ms. YU professional career included position of Europe Director of Shanghai Bureau of World Expo, senior advisor of Ernst & Young and Executive Secretary of China- CEE Investment Agencies Platform. For 5 years Ms YU served as Head of Poland - China Cooperation Centre within the Polish Information and Foreign Investment Agency. Since 2016 Ms Yu is a Director of Europe Strategic Investment in Warsaw office of Dentons - the largest US based law company.

Mr Sławomir Majman graduated in Foreign Relations. His career included CEO position in Warsaw Exhibition Board and over 8 years as the President of the Polish Information and Foreign Investment Agency (PAIZ). For 11 years Mr Majman was in charge of the Managers Association in Poland. 2016- 2018 Mr Majman served as Managing Director in Dentons Poland. Vice President of the Institute of Security and International Development.

Mr Majman is also an author of over 800 publications. He serves as Senior Fellow of Renmin University in Beijing and an expert of Jagiellonian University, Institute of Middle and Far East. 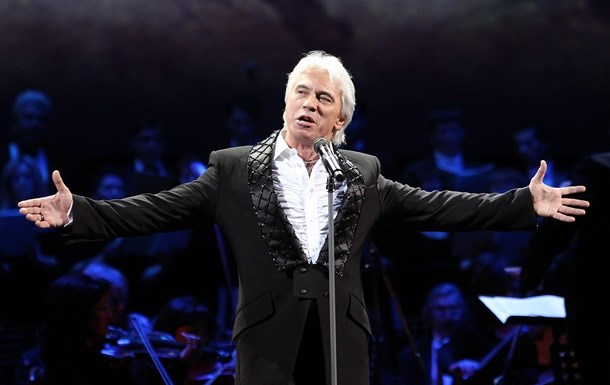 Professor Huang Weiping  and Professor Peng Gang – both from the Renmin University of China, Peking

At the 70th anniversary of the People’s Republic of China we will present her economic achievements. The development of China passed various phases. Undoubtedly, the reforms initiated by Deng Xiaoping in 1978 opened her most fruitful period. PRC achieved a status of the “factory of the world” and  “bank owner of the world”, more precisely – the “investor of the world” owing to her great reserves of foreign exchange and gold. During the 40 years of reform real GDP per capita increased there 20 times. There was no country in the world, which for so many decades would develop so fast and made so great leap in its technological level. Now in the result China promotes globalization and free trade in the world, promotes ecological development as well as peaceful cooperation of all states.

The two professors from the Renmin University of China, in Peking, will present economic achievements of their country. Professor Huang Weiping, who already lectured at our debates, will present China’s position in the international economic relations, and professor Peng Gang will explain how China fights against poverty inherited from the pas, resulting from backwardness, semi-colonial exploitation and wars.

Director of the Department of Asian Studies

University of Social Sciences and Humanities